Pierogi Pizza: A Real-Life Fantasy Shared Between Me and Oprah 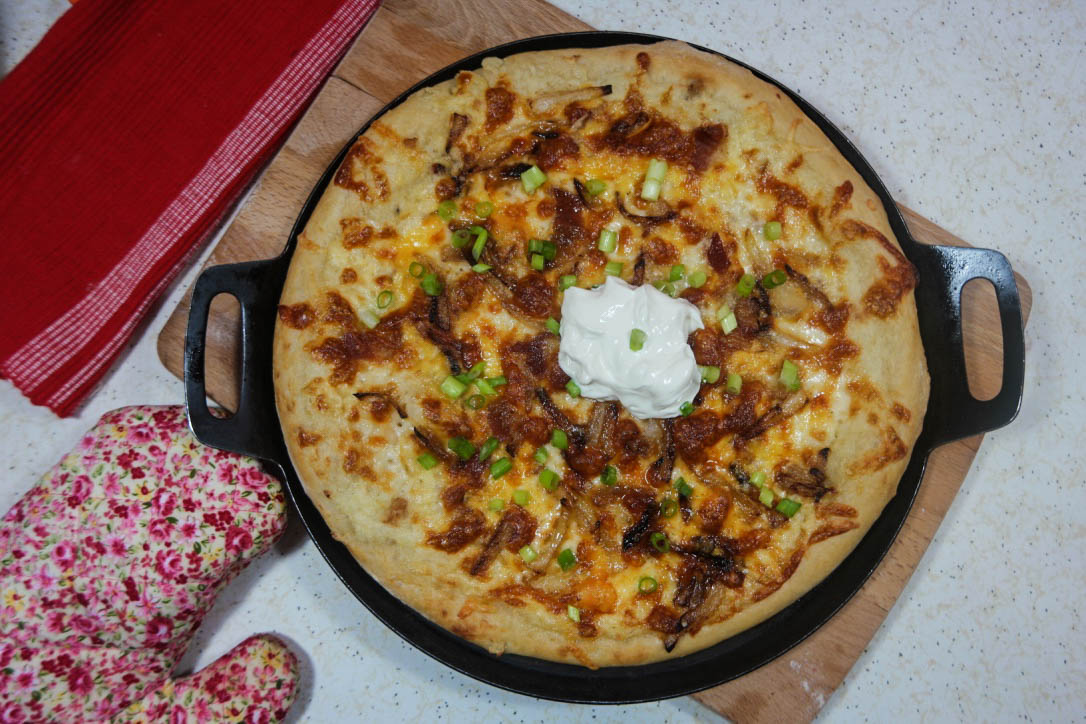 Greetings my gushing goddesses. Yes, it is me. I have risen again like a boner in the mist after finally returning from a long hiatus, which involved traveling throughout Europe for a few weeks followed by TWO nasty illnesses. Soon I shall dish (NPI) on all the delicious things I gorged on during my travels in a post, but first: a recipe to get you all CARB-Y COZY for fall. 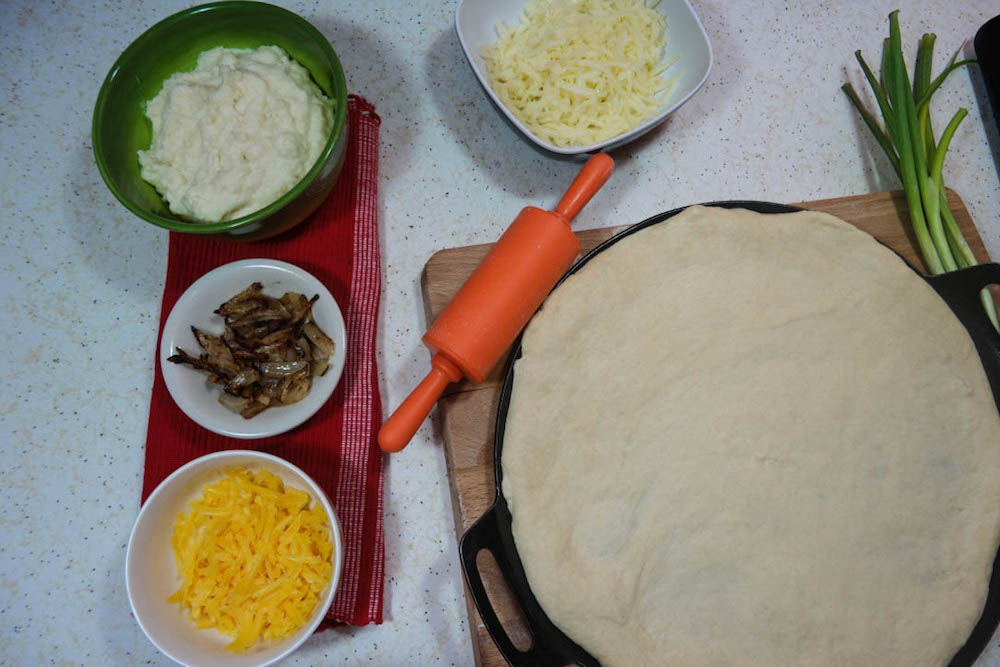 Because I have been ~going steady~ with a nice Canadian gent for a few years now, I have been exposed to the fine cuisine from our friendly neighbors to the North. Yes, I have tried poutine — the first time being at a Guy Fieri-approved diner, while the second time resulted in an Instagram photo mysteriously commented upon by legendary Canadian songstress herself, Alanis Morissette. (How DID you find me, Alanis?) 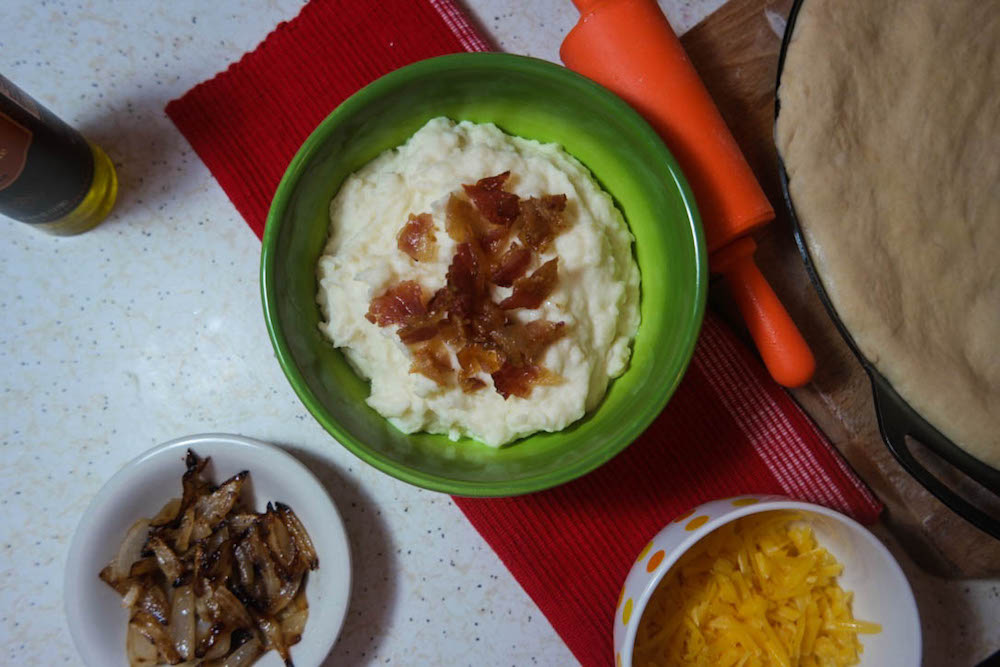 Anyway, my man, knowing that I, like Oprah, never met a potato I didn’t like, told me about a special pizza he once had that was inspired by pierogis — aka Polish dumplings filled with potatoes, onion, and cheese. 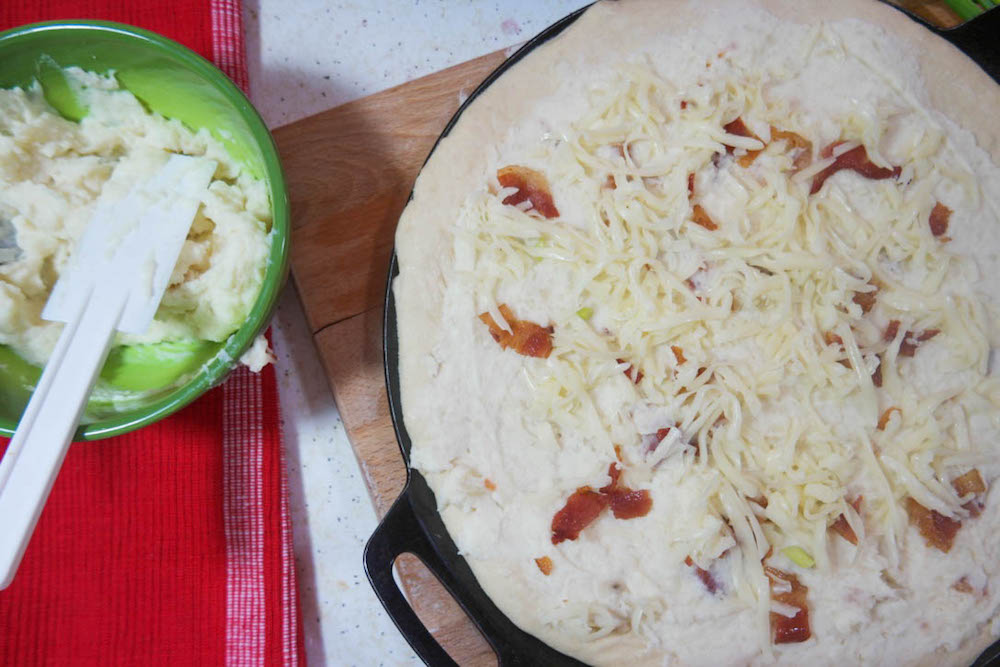 Now, pierogies were not a thang where I grew up so I can’t recall ever having them, but in Edmonton where he (and K.D. Lang) is from, there’s a large Ukrainian population which means…PIEROGI GALORE. They also have an annual pierogi festival and a 25-foot steel pierogi statue in a nearby town. However, in Canada, they spell it perogy. They also pronounce the letter “Z,” as “Zed” (as they do in Britain) which is something I will never not LOL at, much to his dismay. (I’M SAWRE OK JUST CAN’T HELP IT). 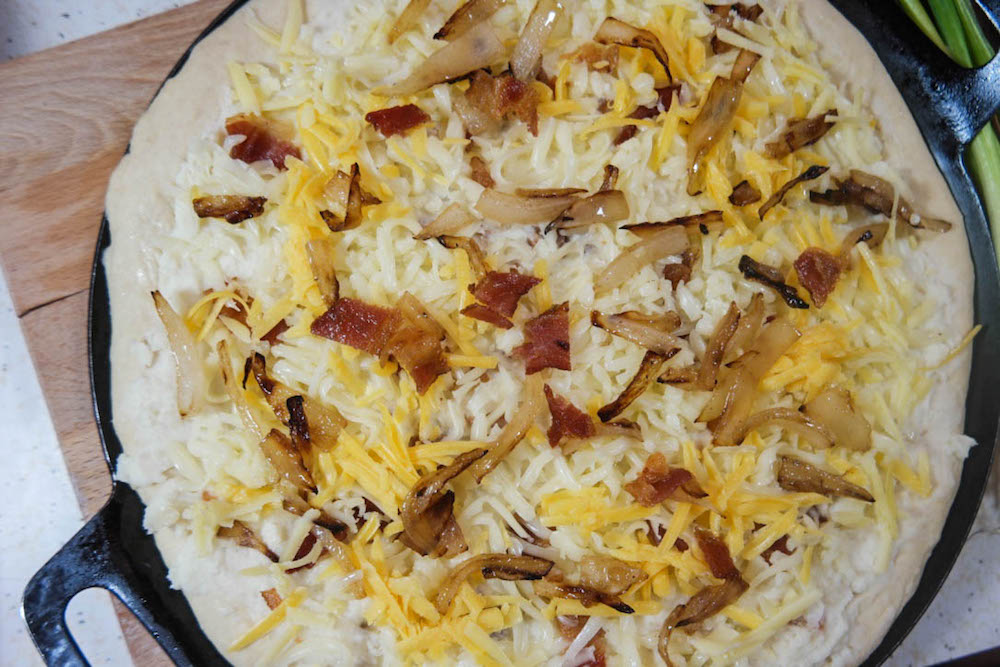 The pizza he had was actually from a popular Canadian pizza chain called Boston Pizza (weird, I know) that has several locations in the U.S. After doing a bit of research, I found that Pittsburgh is also known for having pierogi pizza. I’ll keep that in mind if I ever journey there. 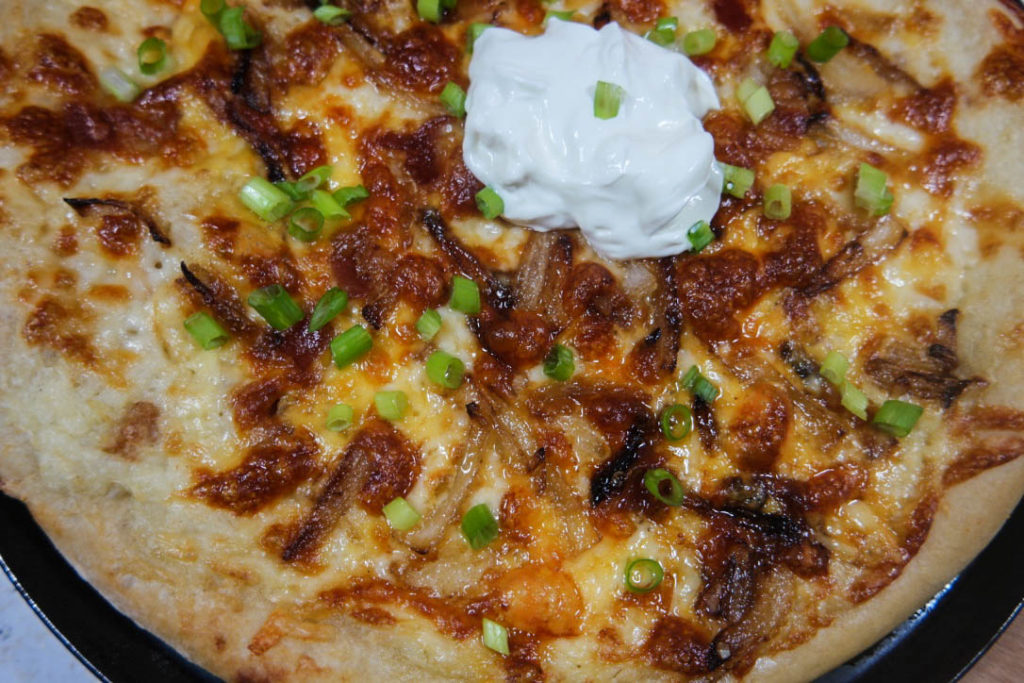 My dude warned that while the pierogi pizza tastes like sweet heaven, it is indeed quite heavy on the gut. I mean, DUH. A pizza made with mashed potatoes? That could put a normal human into a carb coma for WEEKS. 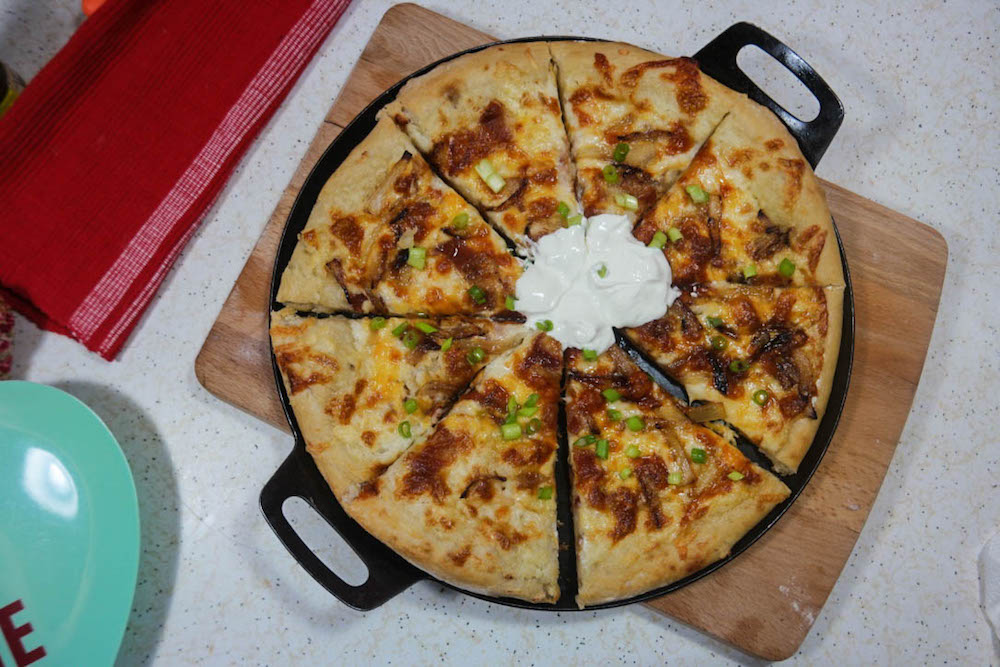 But for us BloodFeasters, that’s just CHILD’S PLAY. 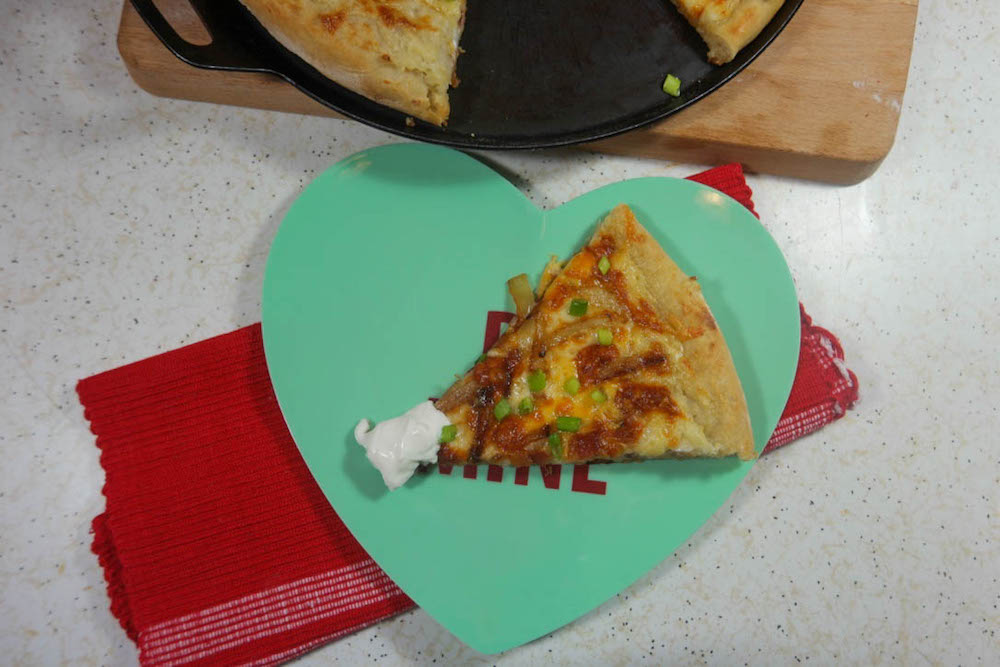 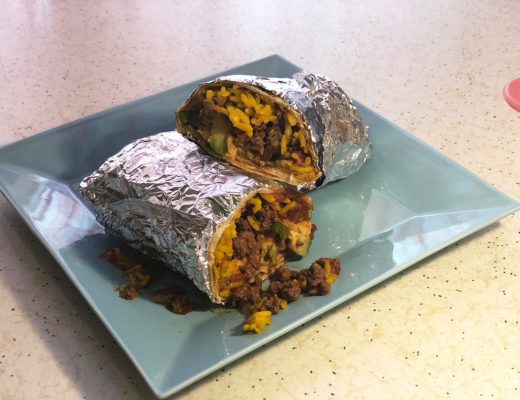 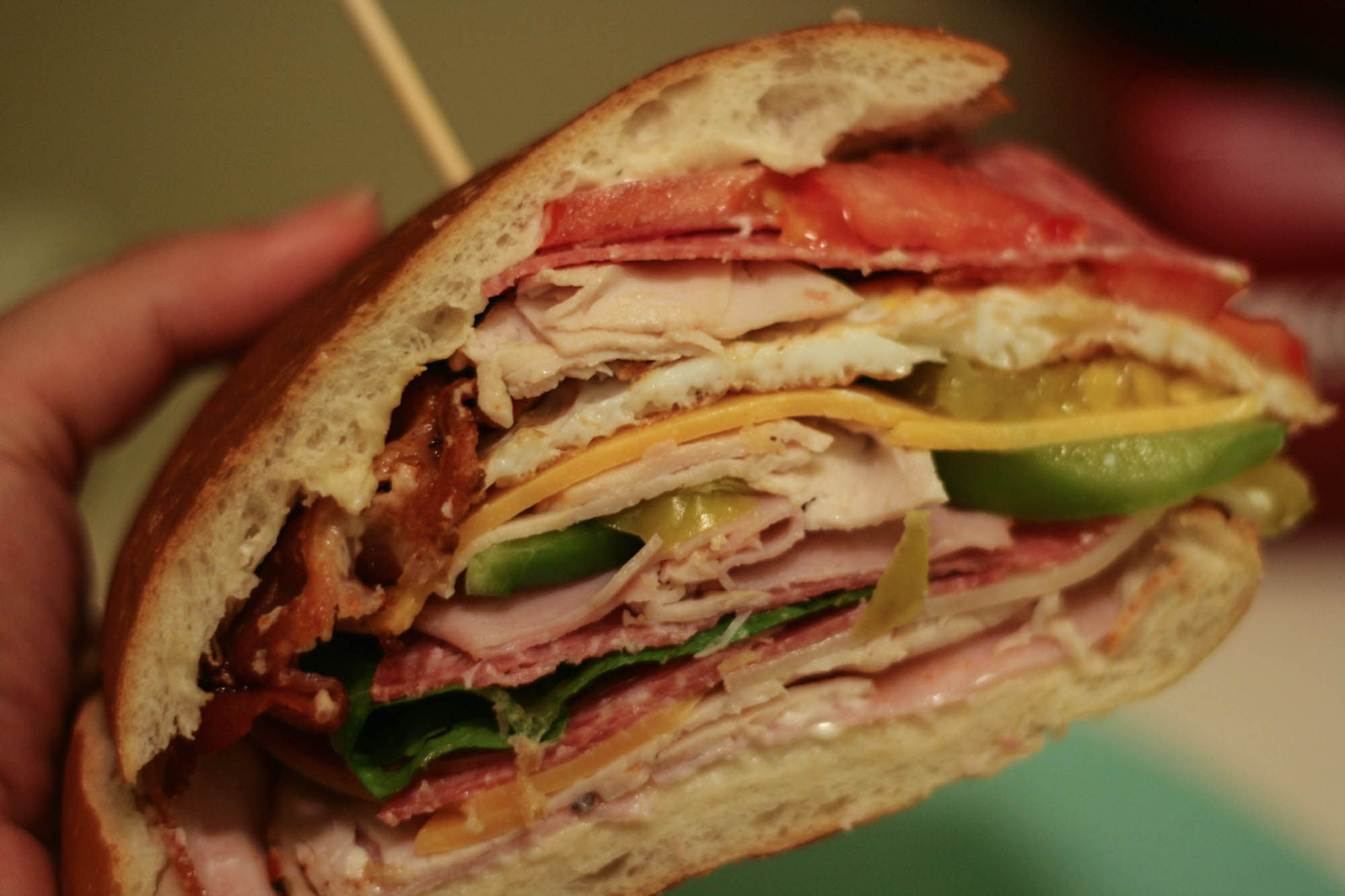 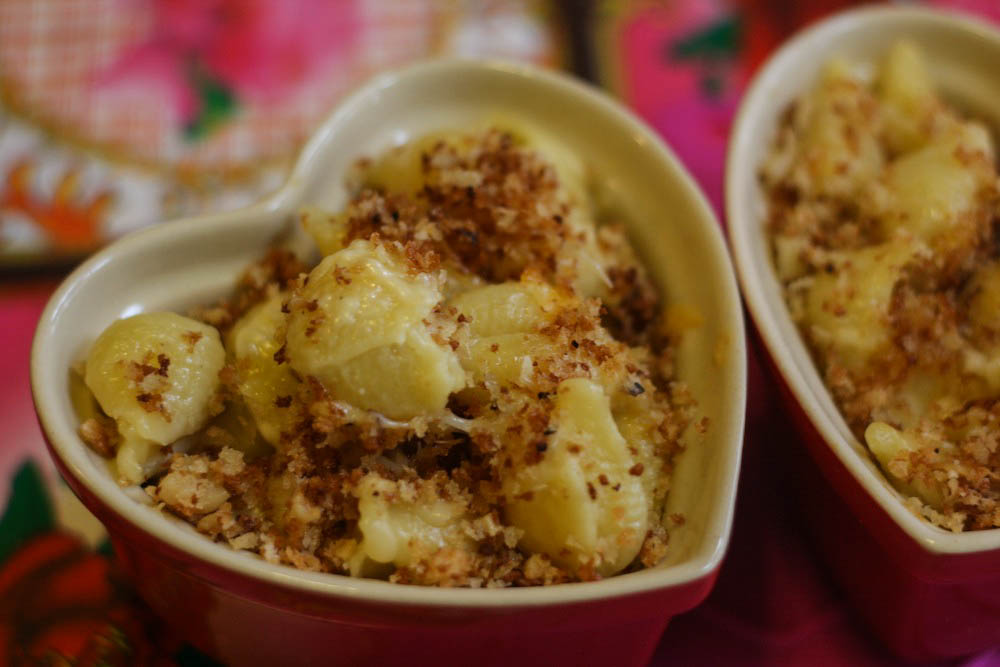 “My Uterus Is Listening to the Cramps” Mac and Cheese

This site uses Akismet to reduce spam. Learn how your comment data is processed. 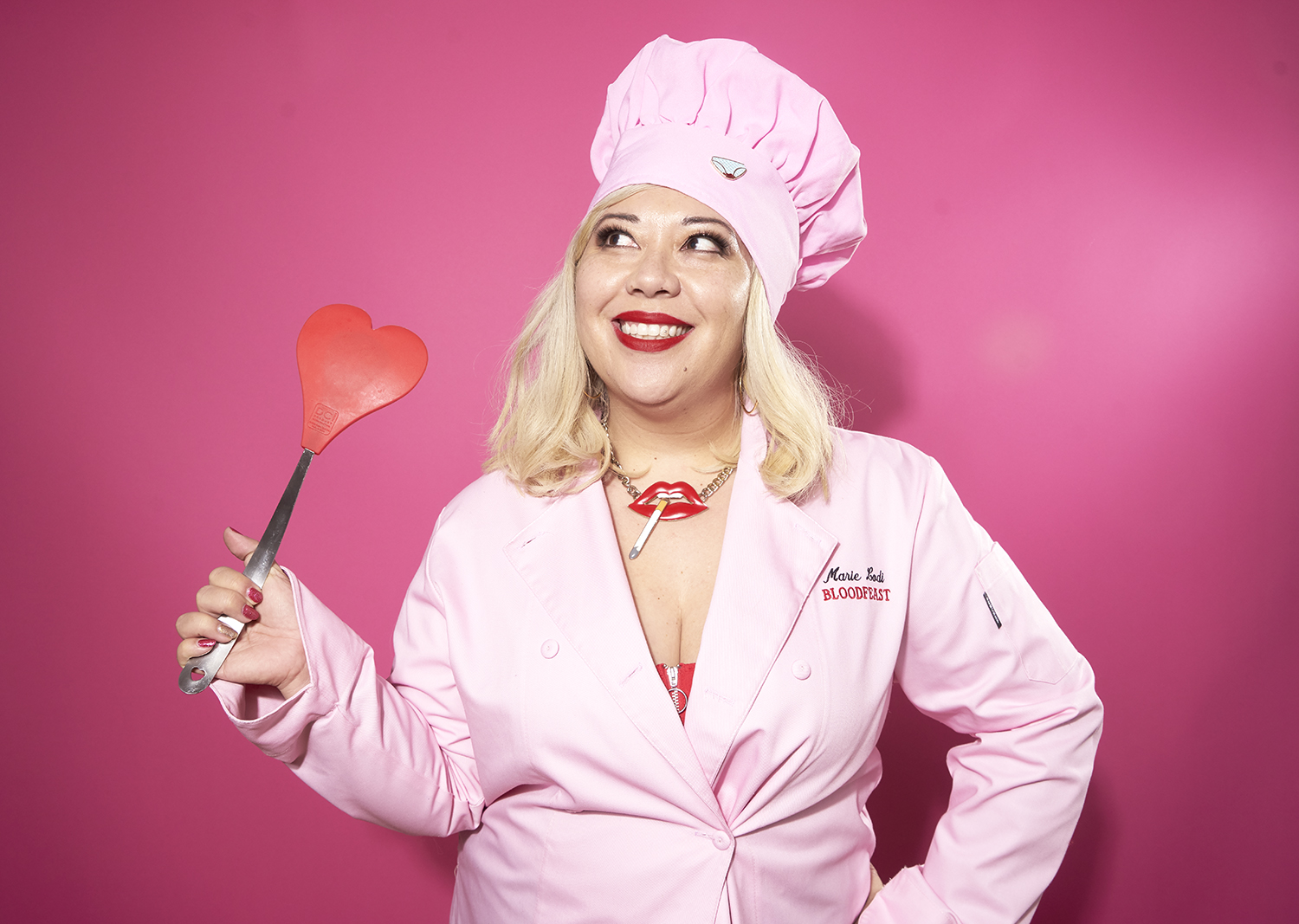 Marie Lodi is a writer and editor living in Los Angeles. She is not a formally-trained chef, but she does love to feed her period. COME, LET US BLOODFEAST TOGETHER.